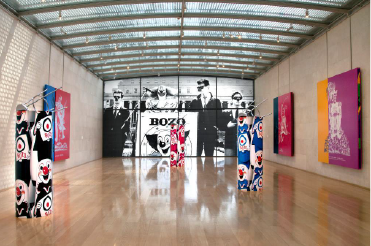 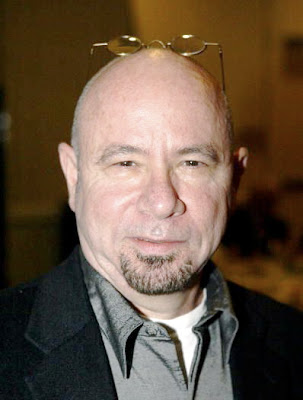 Jerry Digney, president and founder of Digney & Co. Public Relations is considered by many to be a master of stunt publicity. Over the years he has represented some of the biggest names in entertainment, including television and merchandise icon: Bozo the Clown. But it was Digney’s idea to throw Bozo’s hat into the ring with the “Bozo for President” campaign that exposed the Bozo the Clown brand to a worldwide audience.

The stunt has become a moment-in-time that represents the early ’80s and the circus-like atmosphere of political campaigns. Artist Kathryn Andrews honored the event at the Museum of Contemporary Art Chicago as part of her show Kathryn Andrews: Run for President earlier this year. Now, the exhibit is on display at the Nasher Sculpture Center in Dallas, Texas from September 10, 2016-January 8, 2017.

Digney remembers his client Harmon thought no idea was too wild. “When you have a client who is always thinking out of the box, you can do some spectacular things,” says Digney. “We launched the campaign on May 1, 1984 at Columbia University with a Today Show (NBC) appearance earlier that morning. It was the beginning of a very successful publicity campaign that actually moved people to consider the seriousness of electing a president.”

The Bozo character was created in the 1940s by Alan W. Livingston. The character first appeared on television in 1949 starring Pinto Colvig. After the creative rights to Bozo were purchased by Larry Harmon in 1956, the character became a common franchise across the United States, with local television stations producing their own Bozo shows featuring the character. Harmon bought out his business partners in 1965 and produced Bozo’s Big Top for syndication to local television markets not producing their own Bozo shows in 1966, while Chicago’s Bozo’s Circus which premiered in 1960, went national via cable and satellite in 1978.