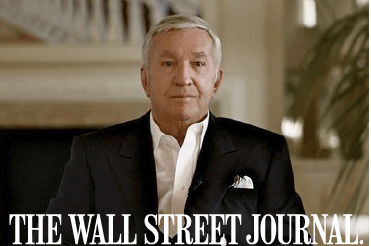 Jerry Digney, president, Digney & Co. Public Relations reflected on the passing of client, Robert “Bob” Bennett on November 29. “There are few icons in the world of television executives. Bob Bennett was one,” said Digney.

“Mr. Bennett made his name in television broadcasting at a transitional moment in the industry,” said Digney. “He did some amazing things in programming and promotion. He was a leader among peers.”

Mr. Bennett began in sales at Channel 11 KTTV-TV after dropping out of UCLA. In 1963, he got the attention of John Kluge whose Metromedia acquired the broadcast facility. Three years later, Kluge sent Bennett to run WTTG-TV in Washington, D.C. It was then that Mr. Bennett made noise—and ratings—by concentrating heavily on local news programming.

Mr. Bennett sold his interest in Metromedia during a buyout in 1984. But he continued to innovate in television production, working with his son, Casey.

“The passing of Bob Bennett is a great loss. I was proud to be involved with him,” said Digney.

Mr. Bennett is survived by his wife of 66 years, Marjie, their two children and one grandson.