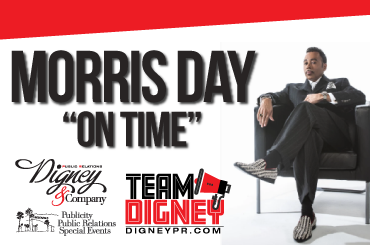 Morris Day never intended to write a memoir about his life as a close friend and collaborator of Prince, and if the Purple One had not tragically died in 2016 of an accidental drug overdose Day is quick to say he’d have no book to talk about.

“Not now,” Day says, laughing at the thought of what Prince — famously private, notoriously controlling — would have thought it if he were still here. “Maybe later, maybe 10 years from now, but not now.”

That the book arrived at all is a feat. Day’s manager worked hard to get him to sit down with well-known rock biographer David Ritz. Without that nudging, it’s possible “On Time: A Princely Life In Funk,” might yet not exist, so reluctant was Day to talk about a friendship and musical journey that ended in sorrow.

“After Prince passed, pretty much every newspaper, television show, talk show came at me,” he says. “They wanted me to talk and I didn’t want to talk, so I didn’t talk to anyone about it.”

It’s a bit of a wonder he ever sat still long enough to write the book, but it’s wonderful he did. Not only does his story shed new light on the first decade or so of Prince’s rise to success, it shares his voice. Day includes his own imagined responses from Prince written in his friend’s inimitable style, all 2’s and U’s, imagining how Prince might react to the story Day tells.

While it’s not always a happy story — Day eventually splits with his friend over Prince’s micromanaging of the Time’s music and performances, even as Day’s own drug use and womanizing hurt his personal life and professional career — it feels honest, and ultimately reveals the depth of the love and loss he still feels today.

Read more of this story…