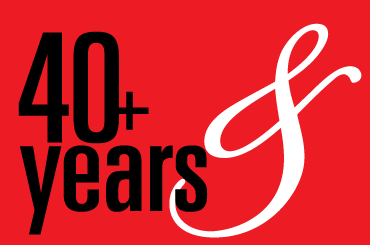 For over 4 decades, Jerry Digney has built a reputation on delivering media coverage for clients. Rooted in the basics of traditional publicity skills —strong media relationships, idea-driven pitches, and hard work— Digney & Company has always been trusted by individuals and companies to generate the awareness they need. See our list of past and present clients here.

Jerry Digney learned his craft under the tutelage of legendary names in the world of publicity. From New York’s Broadway to Hollywood’s film and television industry, Digney has guided the images of some of the biggest names in the entertainment industry and related fields.

“We maintain strong media relationships for our clients. All of the hustle in the world means nothing if you can’t deliver cameras and reporters to an event. Traditional media still dominates and delivers millions of impressions, while managing online coverage adds to the reach and frequency of a client’s message.”—Jerry Digney

From Vegas to Venice, Jerry Digney is known as a formidable force in entertainment public relations. His decades-long associations and creative approach have generated an untold number of impressions for his clients. Digney understands the industry. The Boston native was the first-ever Director of Public Relations for Feld Entertainment, producer-owner of Ringling Bros. Barnum and Bailey Circus, the Festival International du Cirque De Monte Carlo, Ice Follies, and Holiday on Ice.

He learned the art of promotion working with more than 50 Broadway productions, and was mentored by the late Lee Solters. More than 30 years later, Solters and Digney would partner in a new public relations agency that continued to represent the biggest names on the screen and in music.

Throughout his long career, Jerry Digney has been out front and behind the scenes for major events and galas including, the world-famous Carousel of Hope, a number of Oscar®-winning and breakthrough films, and media campaigns for the biggest brands in music. Clients like BB King, Ray Charles, The Neville Bros., Whitney Houston, Liza Minelli, Dolly Parton, George Benson, to name only a few.

Digney has publicized authors, business titans, producers, directors, and major corporations. There is good reason for a career than spans 40-plus years and a reputation for delivering audiences and media coverage.