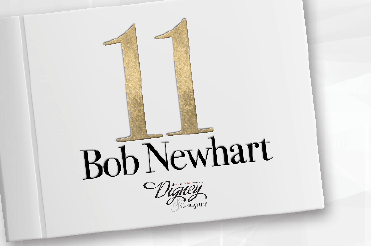 We love anniversaries. This year we celebrate 10 years representing one of America’s greatest comedic talents. With our support, Bob Newhart has kept his career highlights in the news with constant exposure to the media and audiences. (Photo left: Bob Newhart and Jerry Digney)

When Newhart first appeared as character Arthur Jeffries on Warner Bros. Television’s The Big Bang Theory (TBBT) in 2013 —through his most recent appearance in 2015— Digney & Company was behind the scenes telling the world. Thanks to the power of TBBT, he was introduced to millions of viewers. Digney & Company capitalized on the opportunity to reach a new generation of fans through both traditional media and skilled implementation of an online campaign that spoke to TBBT’s core audience.